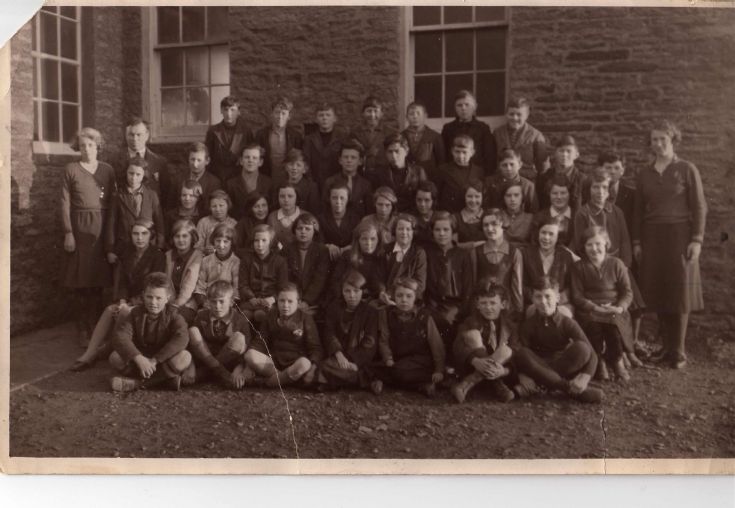 This is long before my time... but I do recognise some people. Perhaps somebody in Stronsay can supply more?
The Headmaster is Mr Drever and the teacher on the right is perhaps Miss Firth, later Mrs Swanney. In the back row, the boy on the extreme right is Ernie Cooper, Odness. In the second row, next to Mr Drever is Jackie Mitchell and four along from him is Doy Stout. Three along from Doy is Willie O' Russland. (Cooper) Third from the left in the first row of girls is Mabel Fotheringhame, Linnabreck. (Maiden name escapes me just now.) Two along from her is Emily Wylie (Celli). In the second front row of girls, second from the right is my cousin, Carrie Chalmers (Cooper). On the extreme right of the front row is my uncle, Ernie Fiddler. There are others I might guess at, but I could be wrong. Can anyone add names?

View Large Version
Picture added on 17 May 2009
Comments:
Hi Bertha. Look at picture #16930. Gives all the names I think
Added by Jim Cooper on 18 May 2009
Hi, Jim. Yes, I found this out this morning - too late to take the picture off again. Thanks for all the names. Fascinating. I judged the date to be about 1928 as Ernie is among the "peedie" ones at the front and he was born in 1923.
Added by Bertha Fiddler on 19 May 2009
Maiden name of Mabel Fotheringhame was Muir.
Anonymous comment added on 16 February 2010
<< back