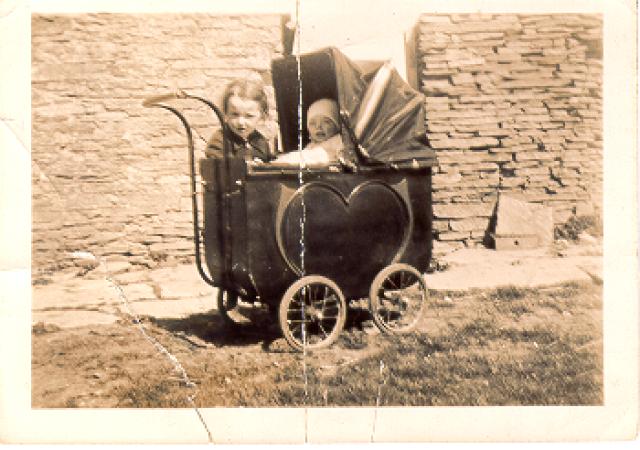 In the description for the picture on the left I wondered who and where the occupant of the pram was, and speculated that they might be about 80 these days. Isobel Irvine has sent in the picture above and says:

'The occupant in the photo of the pram in that photo might not be turning 80!

That type of pram saw kids through from birth to toddler stage. Under the mattress were three boards, and with the mattress and middle board removed two toddlers could sit on the seats with feet down in the bottom of the pram.

This particular pram saw duty on the Wyre road, no tarmac in those days, just two tracks with a strip of grass in the middle!'
Picture added on 04 October 2005
<< back