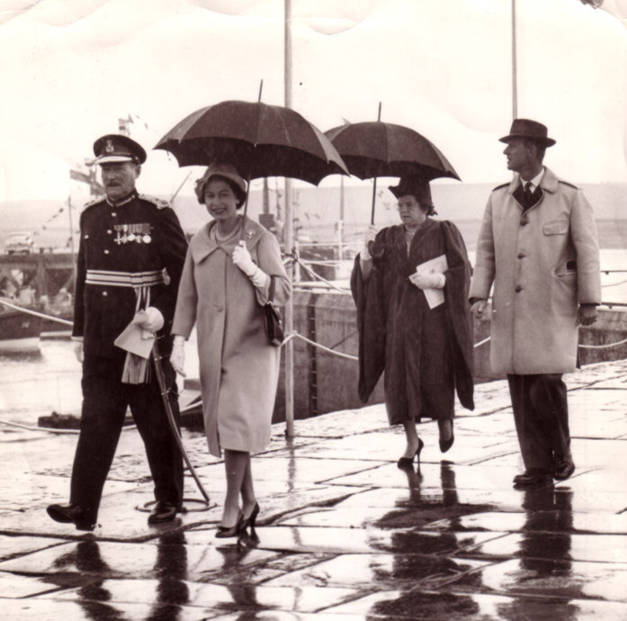 Escorting the Queen is the Lord Lieutenant, Robert Scarth (my mother's uncle), whilst Mrs Rosetta Groundwater, the Provost of Stromness, accompanies the Duke of Edinburgh.
Picture added on 28 May 2007
Comments:
Would you mind if I used your photos of the Queens visit for a window display for the jubilee? If you want more details please feel free to email.
Added by L Rendall on 22 May 2012
If you'd be interested in using pics #25050 or #23570, you're welcome as far as I personally am concerned.
Added by Ian Hourston on 23 May 2012
<< back