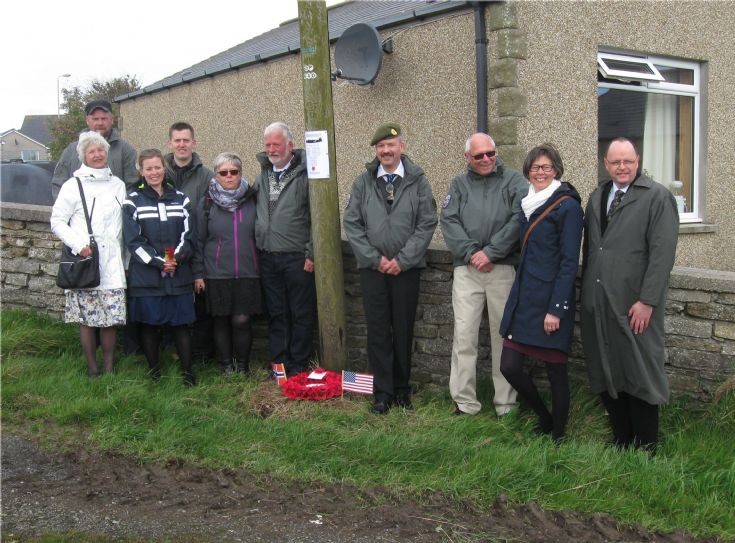 Honorary Norwegian Consul Leslie Burgher (on right) with family members of T5 Gerald Ottersland, a Norwegian commando and one of 13 killed when their plane crashed at Walliwall on 31st March 1945 when returning from an aborted mission. The family have gifted a memorial to be built into the housing development now going up in the field where the crash took place. See picture #688 for more information.
Picture added on 27 July 2015 at 17:02
<< back