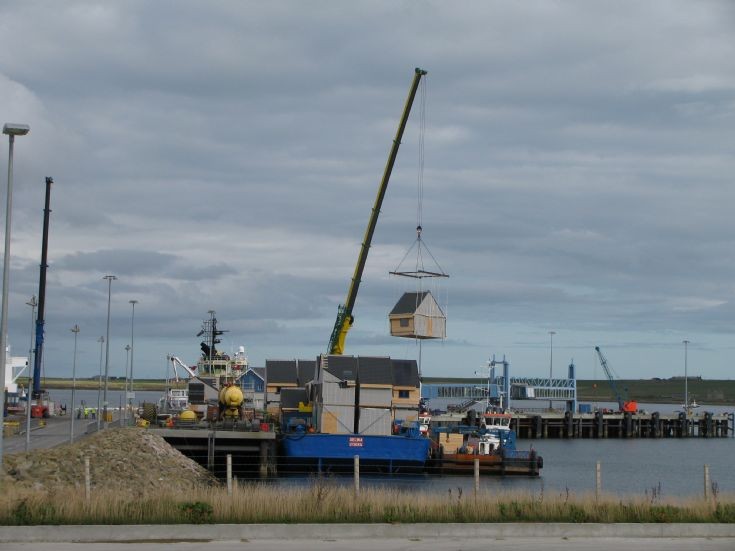 Back at Hatson Pier after abandoning an attempt to sail to Fair Isle with the pre-fabricated Bird Observatory, the Swedish barge Selina with self propelled barge MCS Ailsa alongside. The mobile crane had been loaded on the deck also to facilitate unloading at Fair Isle, it is now being used to tranship some of the wooden units onto the MCS Ailsa which later transported the whole consignment in a series of voyages. 2nd Sept 2009.

View Large Version
Picture added on 09 November 2009 at 11:32
Comments:
Really nice photo do you have any close ups of the crane on the barge itself
Added by Graeme@whytecranes.com on 23 February 2011
<< back