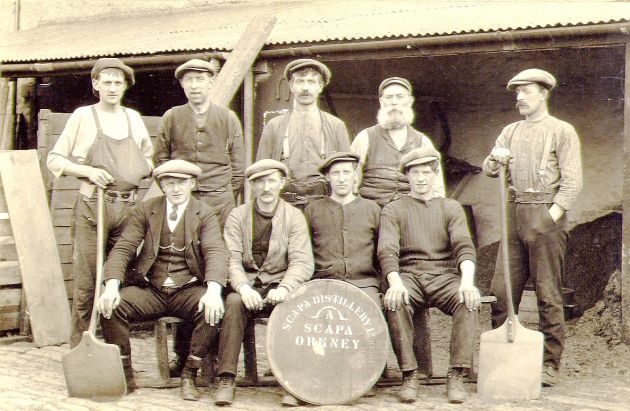 Tom Scott writes:
I am appending a scan of an old photo of the staff of Scapa Distillery taken shortly after the distillery reopened in the early twenties, after the end of the First World War.

In the back row from left, Tom Foubister, Jock Foubister, ?. ?, Tom Scott.
Front row seated extreme right Doddie Sutherland, on his left (maybe) Jim Foubister, the other two I am not sure about. The distillery closed again during the thirthies depression and reopened in the late thirties before closing once again during the Second World War.

Maybe someone can confirm the names I have given and add those I have forgotten.