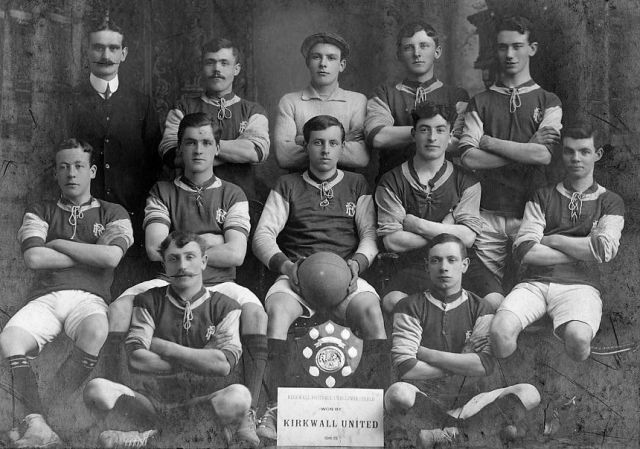 Paul writes:
'A season on from picture #748 and we find that Britannia FC has evolved into Kirkwall United, winners of the Kirkwall Football Challenge Shield. The strips are the same (including "BFC" on the breast), as are, it appears, six of the players (back 2nd, 3rd and 4th from left; middle 1st, 2nd and 5th). The goalie has acquired a cap and the player next to him a moustache, but the latter comes a poor second to the waxed efforts of his neighbour. Both pictures were taken by T M Macgregor, Castle Street.'
Picture added on 16 May 2005
Related Sites: Kirkwall East Church
<< back