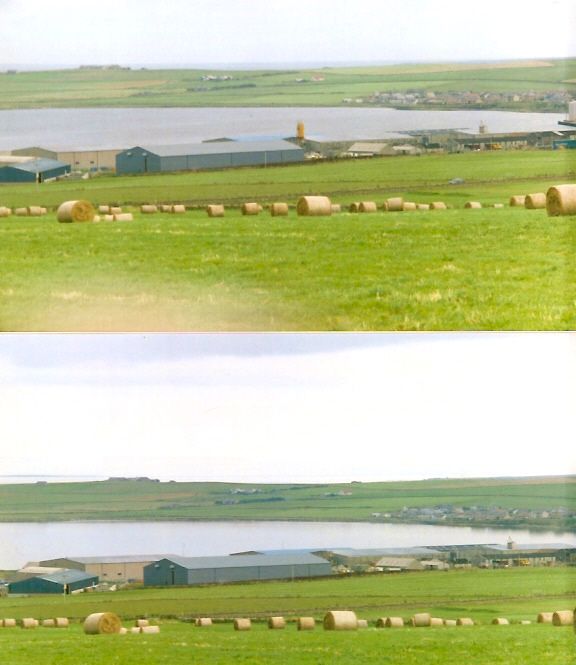 Now you see it - now you don't

Orkney Builders yellow cement silo was a feature of the Hatston skyline for many years. These photos were taken the day it was taken down in 1993. It became redundant when a new concrete batching system was installed at the other end of the hangar in 1990. The new plant was computerised and could mix anything from blockmix to Christmas pudding. The other silo, visible over to the right, sticking up through the roof of Hatston Precast Concrete Works, was removed some time later.