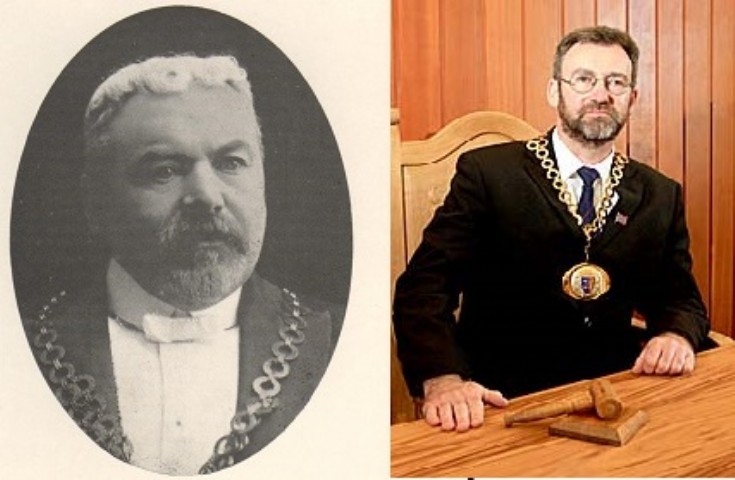 I have been meaning to upload this for a while, but Steven's question on picture #28322 prompted me. I was struck by the similarities a century apart. The gentleman on the left is William B. Baikie, Provost of Kirkwall from 1913-19. The chain, as mentioned in my comment on the other picture, was donated by Sir Arthur Bignold, M.P. Apparently it was made of 18 carat gold and weighed 28 ounces (at today's gold price worth £20,268.64 - for pity's sake look after it!). But hold on, it doesn't seem to be quite as long as it was a hundred years ago. Has some of it been sold off over the years?