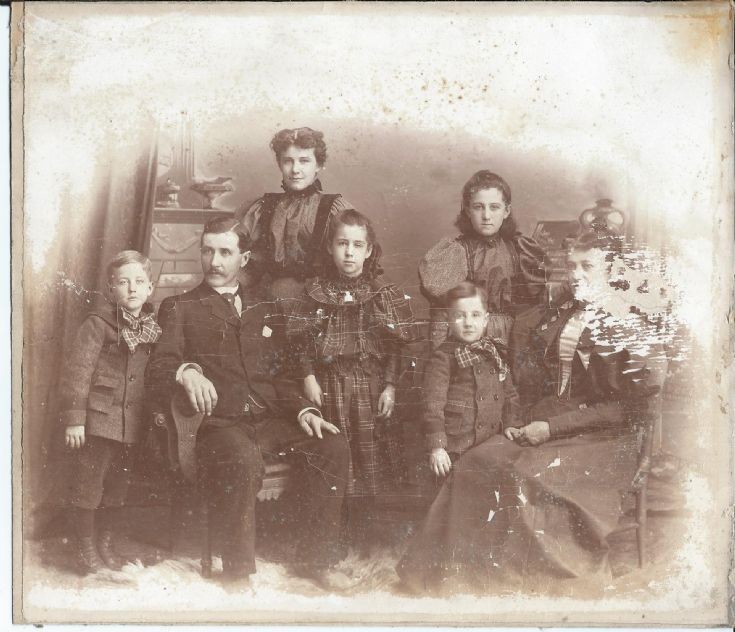 George Horwood son of Col George Horwood possibly. This photo is in my late father's collection of photos. The gentleman looks very like someone who is identified as George Horwood in another photo in the collection (Orkney Images picture #27607). The photo was in a frame & damaged when I removed it, some of the photo has been removed from the area of the mother. My father was a tenant of the late George Horwood. Perhaps another ex-tenant has a better copy. The Horwoods were lairds of almost all of Burness Parish, as well as the How & Kettletoft area of Cross Parish. They also owned Odinsgarth in Cross Parish in the early 20th C.