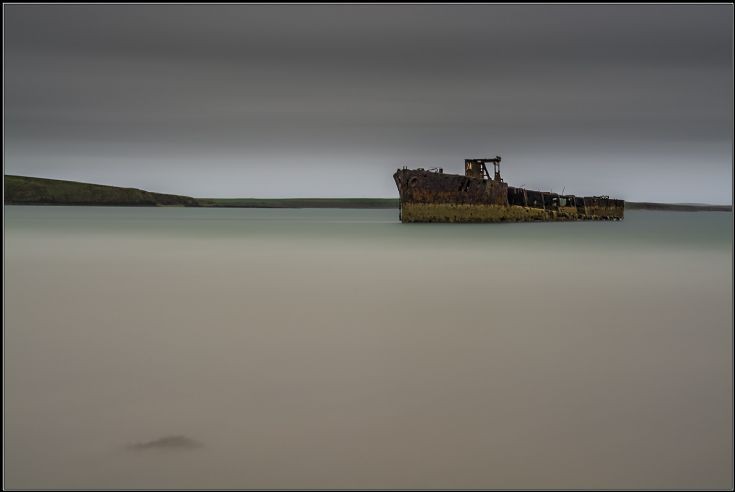 The wreck at Inganess bay shot on a very long exposure of 213 seconds, The vessel was originally launched in Sunderland in 1918 as the Sprucol, then renamed Juniata in 1920. Wood was salvaged to use in the Bothy Bar in Kirkwall, which has since had fire damage and been rebuilt.
http://www.flickr.com/photos/pete37038
Picture added on 24 June 2014 at 21:42
Comments:
Here we go again. The wood in the Bothy was from the Lochmaddy which is sunk in Inganess (i.e. not visible)
Added by W Watters on 24 June 2014
Think you are both wrong the wood in the bothy is from Jewsons.
Added by Any Port on 27 June 2014
The wood that was used in the original Bothy Bar was salvaged from the "Lochmaddy" which was sunk further out in Inganess Bay. Think that the Sprucol/Juniata was a tanker.
The "Lochmaddy" was I think also a wartime casualty, which had been blown in two parts one of which sank out to sea, and this part towed in to Inganess where it subsequently sank.
She was supposedly carrying amixed cargo of grain and timber, the grain rotted in the hold staining the timber black, the timber was also over time worm eaten which gave it it's distinctive appearance.