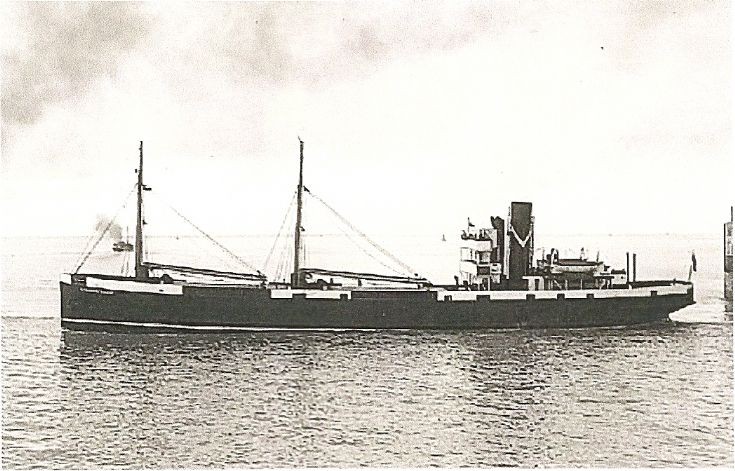 Found the photo of this ship on the computer. This ship was called the Ayrshire Coast and served as an ammunition ship during WW2. My two uncles were crewmen on her.from around 1925. it says she was owned by Coast Lines and then in 1947 by Belfast Steamship Co and named Ulster Mariner. She was taken to the breakers yard in July 1947. It seems she was stationed in Scapa Flow during the war years.d Dont have any idea what the date would be possibly the 1940s. Maybe some of our senior seamen could possibly know about this ship.
Picture added on 14 November 2013 at 08:58
Comments:
just checked the dates,taken to the breakers yard 22nd july 1955.
Added by Colin Cooper on 14 November 2013
If the ship's name was Ayrshire Coast then it would have been owned by Coast Lines, I knew the skipper of the Friesian Coast (Arthur Davidson) which sailed from their wharf adjacent to the Tyne Bridge on the Gateshead side of the river. Voyaged to Antwerp and Hamburh frequently in the 1950s early 60s.
Added by Gerald Walker on 02 August 2014
Ships with names ending in "Coast" were owned by the Tyne Tees Shipping Co before being taken over by Coast Lines.
Added by Gerald Walker on 06 August 2014
Coast Lines, a Liverpool based Shipping Company took over many smaller coastal Companies e.g. Tyne Tees Shipping, Burns & Laird(Glasgow) Belfast Steamship, General Steam Navigation(London) in the 50s & early 60s. They operated many Passenger/cargo services around the UK including services from London to Aberdeen, Stornoway, Glasgow, Liverpool, Sothampton and back to London. The group included the North of Scotland Orkney & Shetland Shipping Company (North boats) from 1961 I think.
Coast Lines were themselves taken over by the P&O Group about 1972 but there was little sign of change in the Northern Isles till P&O light blue funnels appeared about 1976.
Added by Willie Mackay on 28 November 2014
<< back