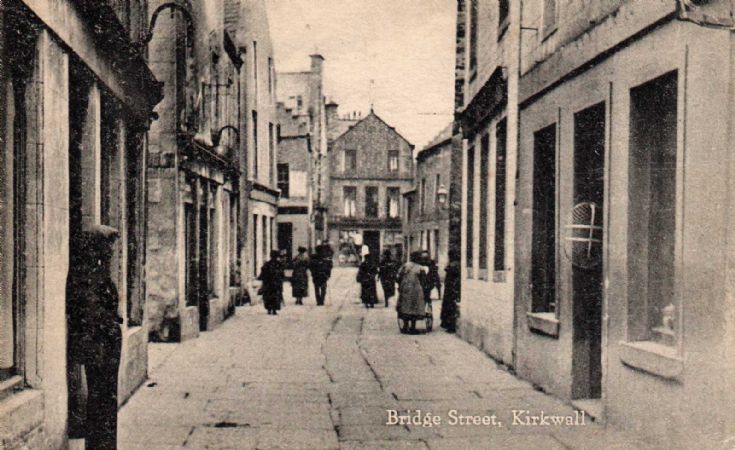 This postcard seems to be in the same series as picture #2256. Perhaps it was even taken on the same day. It is taken from almost the same spot as the later picture #1682, but gives a view of the premises of John Scott (now Scott and Miller) which are the first two buildings on the right. It is worth comparing picture #17698. I wonder if Stevenson's were getting their windows painted? Date estimated.