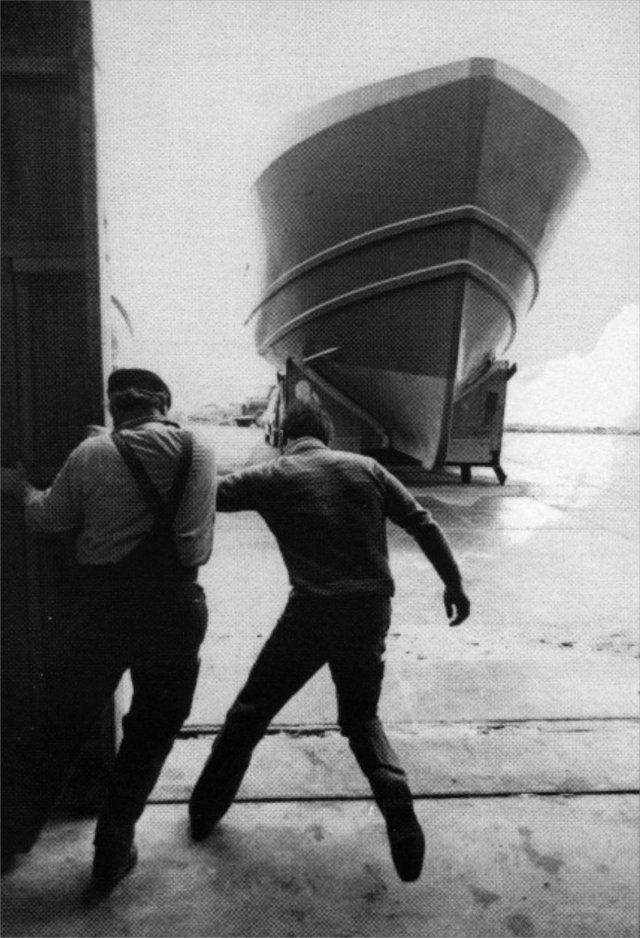 Alan writes:
'I am sure many will have noticed the upside down boathouse at Finstown. It is a holiday chalet run by the Reid family. The hull was originally the 'plug' wooden mould from which a fibre glass mould was taken, then to produce fishing boats. David Reid bought the plug from Halmatic [based at Hatston] and towed it on oil drums from Hatston to Finstown.'

The boat pictured was made from the plug.

After financial problems Halmatic was bailed out by the OIC to become Orcantic, but still had to close a few years after that, in 1979.