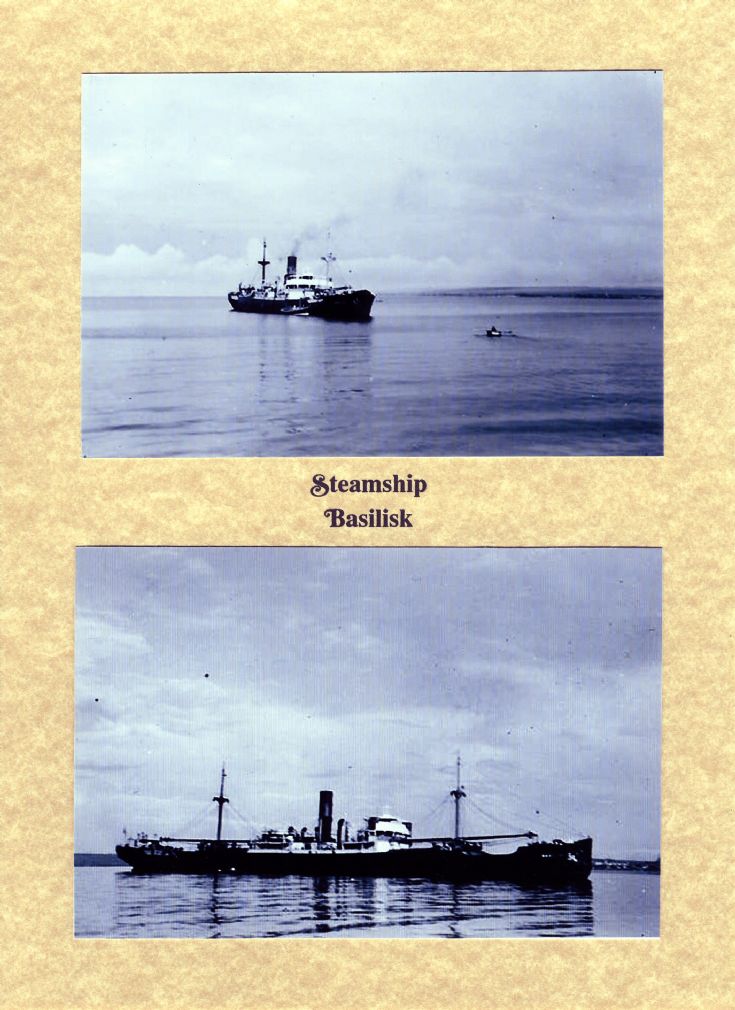 (1) The British steamer Basilisk was on passage through the Pentland Firth (21/07/50) in thick fog when she ran onto rocks on the Island of Swona. The local story is that she hit the west side of the tarf. She somehow managed to back off herself with no assistance; a miracle in its self as not many ships that run ashore on Swona ever come off again. She must have sent out a distress of some sort as the Thurso lifeboat found the ship in the vicinity of Dunnet Head in thick fog. The ship was badly damaged. The fore foot was badly buckled and twisted as well as being ruptured.There was also damage to the chain and paint lockers as well as the no 1 hold. The ship was also making water.She was then piloted into Scrabster where they discharged some of her cargo of grain into smaller ships so that temporary repairs could be carried out. 1 of 3

View Large Version
Picture added on 04 March 2008
Comments:
My thanks to Willie Macdonald for pics 1 and 3. --------allan.
Added by Allan Besant on 05 March 2008
I remember the Basilisk being taken in to Scrabster in 1950 and grain taken off by small boats and a temperary repair carried out, then she left - dont know where she went.
Added by George Mackenzie [email protected] on 20 June 2012
<< back