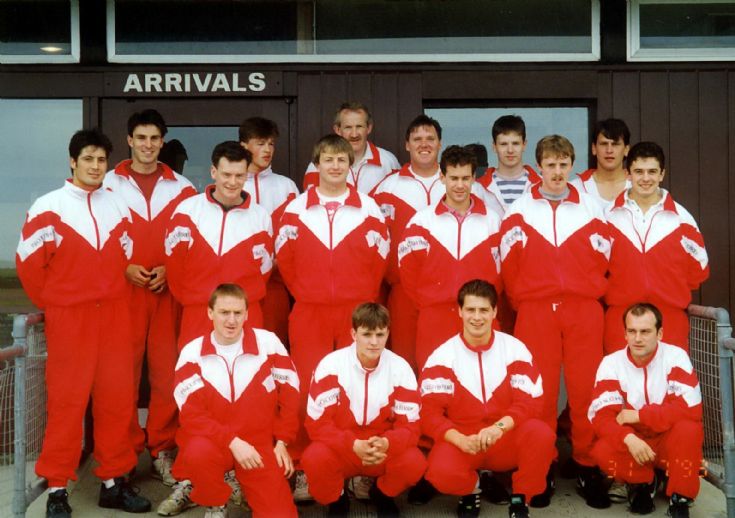 The 1993 Orkney football team pictured before flying to Shetland for the annual Mile Cup fixture. I'm pretty sure Shetland won the game 3-0.

The game was only memorable for the number of letters that appeared in The Orcadian afterwards due to several players taking part in a Parish Cup semi-final two nights before the fixture.