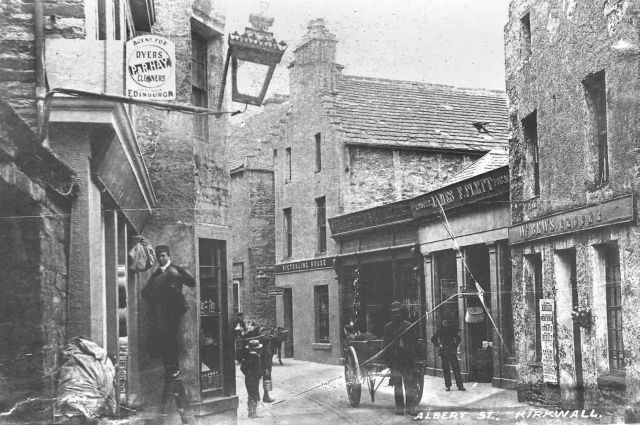 View Large Version
Picture added on 10 February 2005
Related Sites: Kirkwall East Church
Comments:
I think this picture long predates 1920. William Bews died in 1901 and the business is not listed in Peace's Almanac trades directory after 1902. James ferguson Flett died 31/12/1900 and his youngest son Peter Copland Flett changed the name to P.C.Flett in 1902 according to the Almanac. P.C.Flett was provost of Kirkwall 1940 - 47 and died in 1960