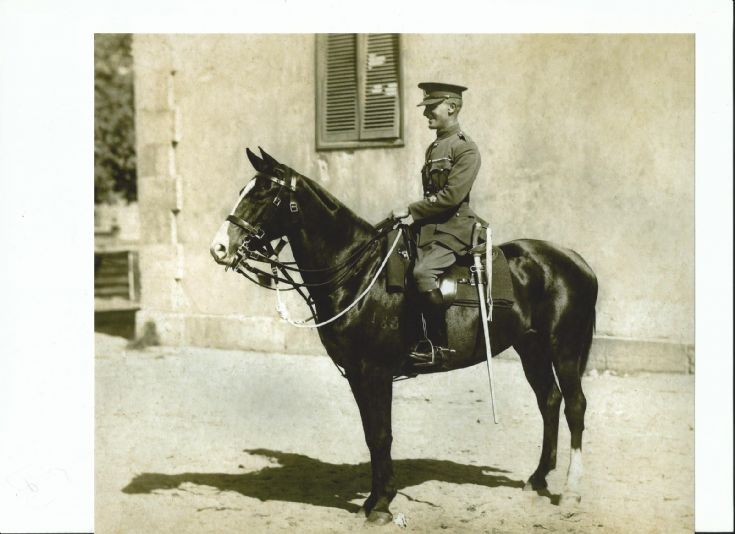 An excellent photograph of Sergeant Major William Garriock Johnston of the Royal Horse Artillery. Photograph taken around early 1920's I believe. He was born in September 1887 at Blackbraes, Orphir. During WW1 he received the Military Cross for conspicuous gallantry and devotion to duty and was later promoted to Captain. He resided at Heliascarth in Evie with his wife Maggie Ann Yorston. They both died within three weeks of each other in 1960 and are buried in Evie cemetery. His gravestone reads Capt. Wm. G. Johnston MC.