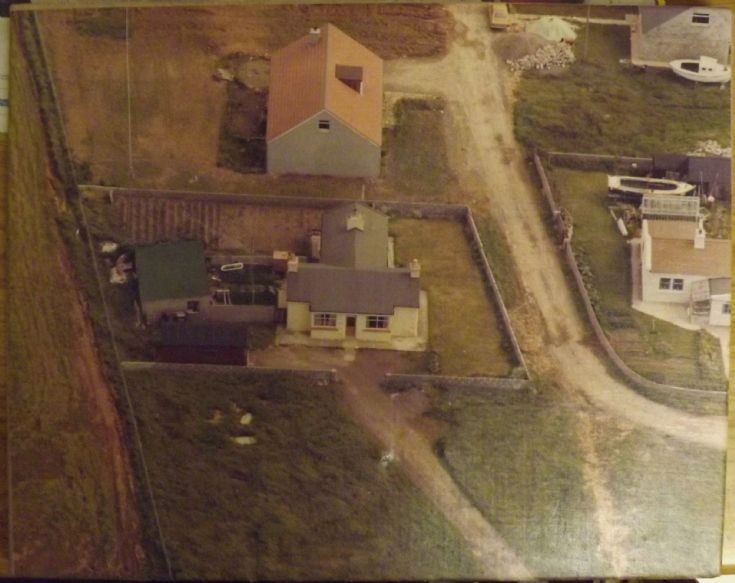 This was my late parents house they bought it in June 1976 & I lived there until October 1985, note the fake roof on the shed on the left, primitive photoshop 70's style!

This picture was taken by a company which went door to door offering pictures of properties, which they blew up & fixed to a canvas , I'm guessing the year, but I'm sure it was taken in the summer of 1978, The car at the top of the picture was a 1971 Hillman Avenger, which belonged to Davy Summers, who lived & possibly built the house in the top right hand corner, the house behind Fanellan was owned by Mr Crawford & the house on the right belonged to Hector Sinclair.
Picture added on 25 February 2013 at 23:24
Related Sites: Kirkwall East Church
<< back