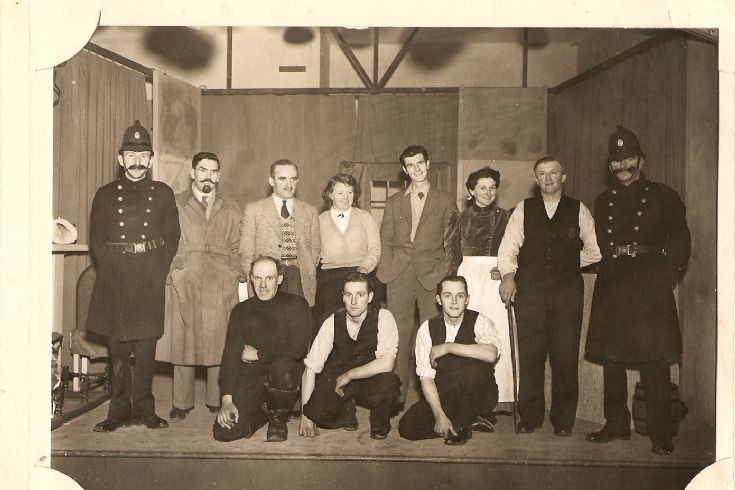 stronsay drama club 1955.the play was called 'the wraith'

View Large Version
Picture added on 28 June 2011 at 11:44
Comments:
Johnnie Barton was an emgineer with P.O.Telecom in Kirkwall. His duties included holiday reliefs in Orkney, including Stronsay.Keen on drama,and as a member of Kirkwall Arts Club, I am sure he would willingly assist the local club.
Added by Bill Wilson on 19 September 2011
I remember being in the audience as a 2-3 year old child. My father David MacRae was the victim of an attempt to poison him during the play. I couldn't understand why nobody in the audience wanted to help him so I decided to scream " don't drink the poison dad" loudly and often. I was removed and remember it vividly to this day...
Added by Duncan MacRae on 12 April 2014
I mind John Barton well. He and his wife, Rena, were family friends. They had two girls, Elizabeth Ann and Noelle Jane. You will find Noelle Jane in a KGS photo of 1955. We used to play together quit a lot.
Added by Rognvald Spence on 29 January 2020
<< back