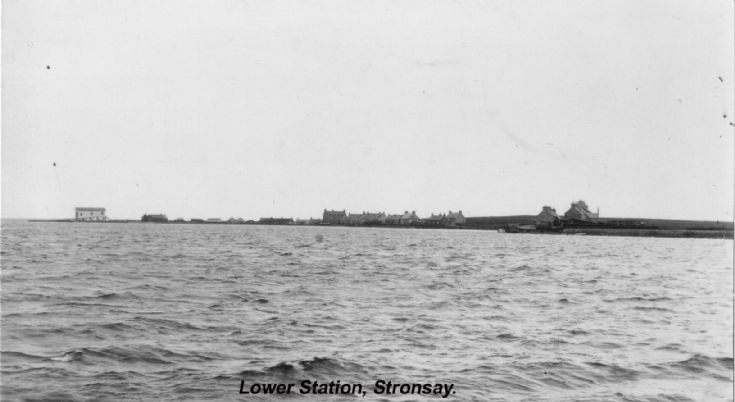 The Lower Station from the lifeboat slipway to Feastoon. The lifeboat house was removed in the late 1940s/early 1950s, so I would estimate this picture was taken late 30s/early 40s. The large house in the centre of the picture was called Davy's, and I was there in the early 1950s when it was pulled down so that the stones could be used to build the Moncur Memorial Church. My father Johnno Miller, and Sammy Reid, undermined the gable end, and Dod Burghes driving Ernie Firth's lorry, pulled it down with a long rope.

View Large Version
Picture added on 29 March 2011 at 09:56
Comments:
Morning Bill,My name is David Reid I'm the Grandson of Samuel Reid, son of Sandy Reid of Stronsay. I'm doing research into my Reid roots,thank you for this snippet in time, much appreciated. If you have any other snippets about my Reid family I would love to hear and see them. I can be emailed at : kwozy546@hotmail.com - once again thank you for the snippet.
Added by David Reid on 07 September 2020
I'm afraid you are a bit late. Bill passed away a couple of months ago.
Added by W Watters on 09 September 2020
<< back