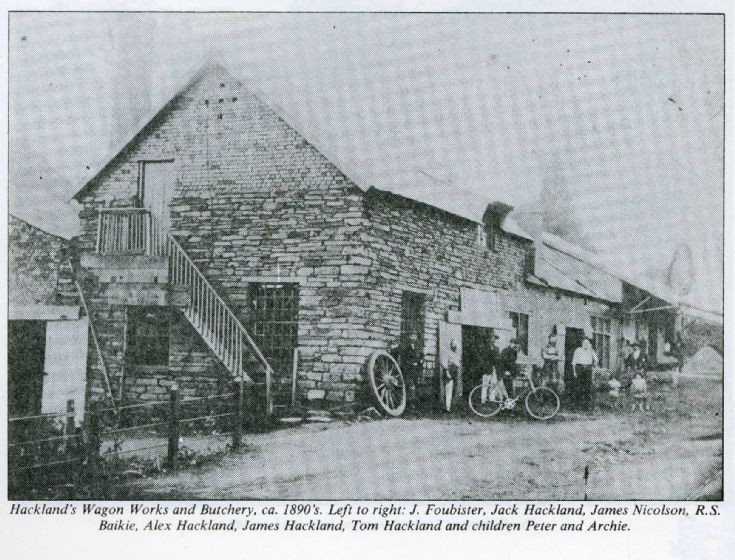 1890 Hackland's Wagon Works Richmond Natal South Africa. James Hackland was born in Sandwick and went to Natal in 1862 and his brothers followed later. J Foubister wheelwright and my Gran Uncle James Nicolson blacksmith followed later. James was borne in Southhouse Cava. I think that R.S.Baikie was also an Orcadian.

View Large Version
Picture added on 09 January 2011 at 17:18
Related Sites: Milestone Community Church
Comments:
I'm so pleased to see this photo. James Nicolson was also my grand uncle and married Amy Irene Hackland in 1920. Thank you for posting this
Added by Carolyn Elwin on 27 November 2011
<< back