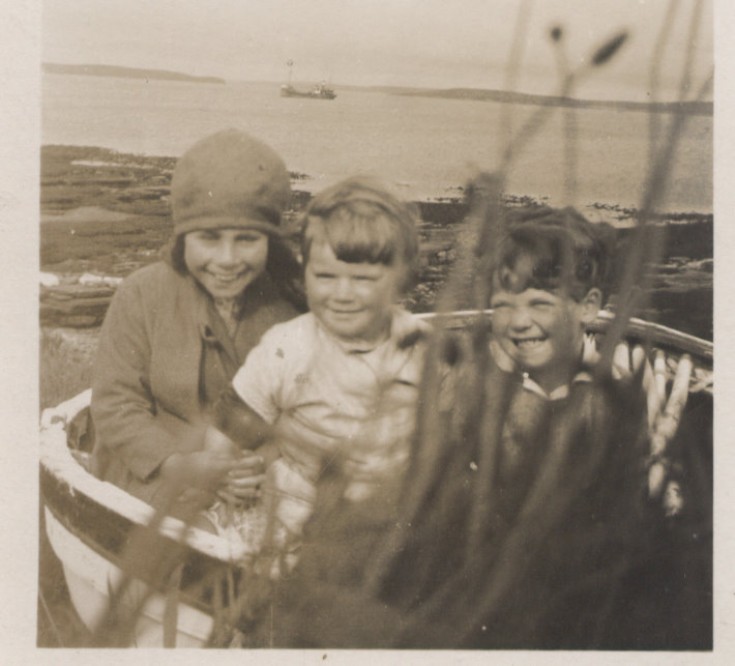 Betsy Stewart Manson Smith, with brother Cairns. Boy in middle? Photo taken at the Booth (I think)
on one of their summer visits to the Stoop with their mother Jessie Smith (ms Manson)

Crossing the Pentland Firth: I'm hoping someone (perhaps John) can tell me more about the 'crossing'. I've been told that passengers travelling to Walls would be 'dropped off' by the Ola just off Hoxa Head and Walter Dunnett would pick them up in his rowing boat...hope it was a big one! As a non swimmer it all sounds a bit too scary to me! Was there a pier/landing at the Booth?