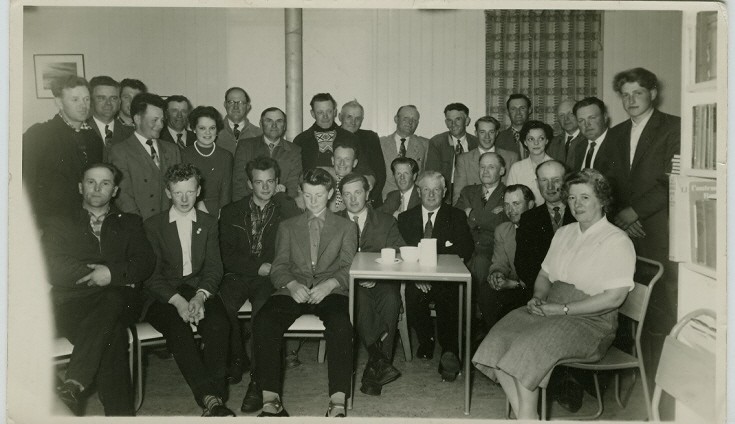 Stromness Fisherman's Mission approx 1955/56.
This is a photo of skippers and crews off the whale catchers from Aalesund Norway,who used to frequently call in at Stromness in the 1950's.
Here they are in the Fisherman's Mission in Stromness.
The lady seated at the front was the caretaker Mrs Meg Dunnett, her husband James,who was Harbourmaster is seated behind the table(black suit with white shirt & tie).
The two girls in the second row from back are sisters, on the left Kathleen Pottinger (Laterly Mrs Sutherland) and to the right of the row is Joan.
The building had originally been the old North of Scotland Shipping Office which was converted to the Mission.