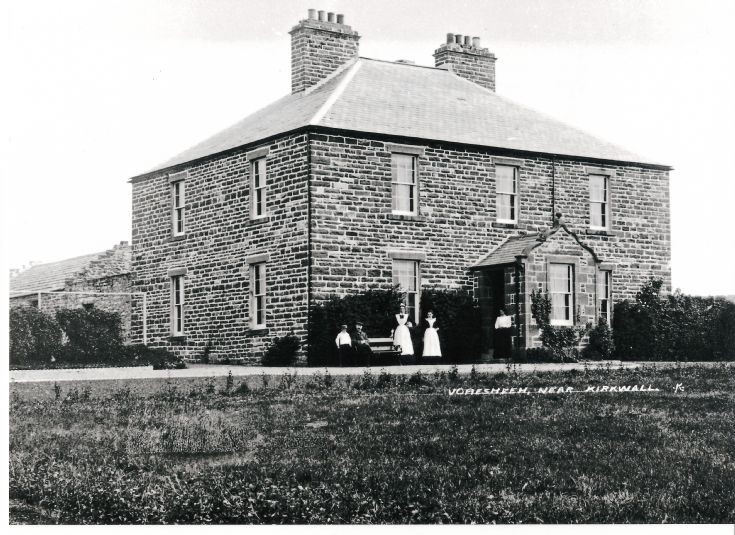 This photograph of Springfield House, taken around 1905, was the home of my great great great great uncle Reverend William Spark and his family between the late 1850's until his death in 1884. The house is now named “Voresheed” and is located on Berstane Road, Kirkwall.

William Spark was born in Eccles, Berwickshire on 15th March 1816 and studied Divinity at Edinburgh University. He was the son of John Spark, a farmer and Mary Hymers. He died at Springfield on the 7th February 1884 and was buried in St Magnus Churchyard on the 12th February 1884.

Springfield House was built by William Spark's father-in-law, James Spence who was a banker and merchant in Kirkwall, a magistrate for 32 years and Provost of the Burgh for 12 years. He lived at Eastbank.

I am particularly interested in tracing photographs of William Spark and his family. I did pay a visit to Kirkwall in 2008 and visited the Archives but was not successful in finding any such photographs which seems amazing given that William Spark was so long a minister at St Magnus