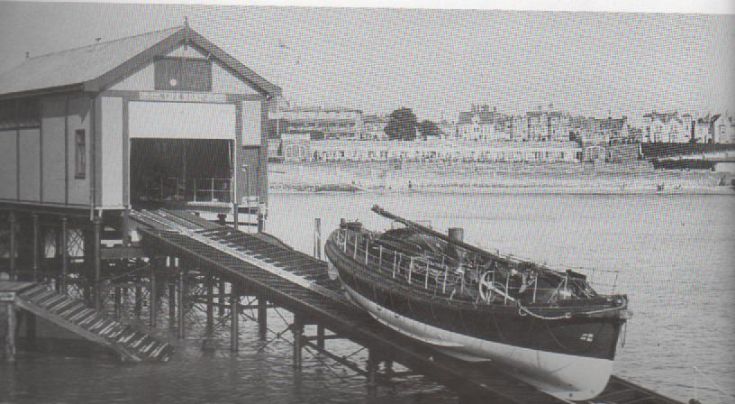 Another photo of the Edward Z Dresden at Clacton.
Later to be Stronsay Lifeboat.
During the war some of the stations along the south east of England manned there stations round the clock so many were the calls to victims of war in their waters.

View Large Version
Picture added on 17 January 2009
Comments:
This boat is the same model as the Thomas McCunn stationed at Longhope and now in the Lifeboat museum at Brims. A lovely old boat and still very much seaworthy. Well worth a visit by anyone intrested in the sea and Orkney's past- do come and visit the museum.
No pressure!!
Anonymous comment added on 30 January 2009
I used to polish the brass on this lifeboat local Sea Scouts tasks!) when she was the stand-in at Portpatrick when our own boat was away for upgrading and servicing in the 1960s. At the time I never realised that she was one of the little ships that went over to Dunkirk.
Added by Rod Richmond on 23 September 2016
<< back