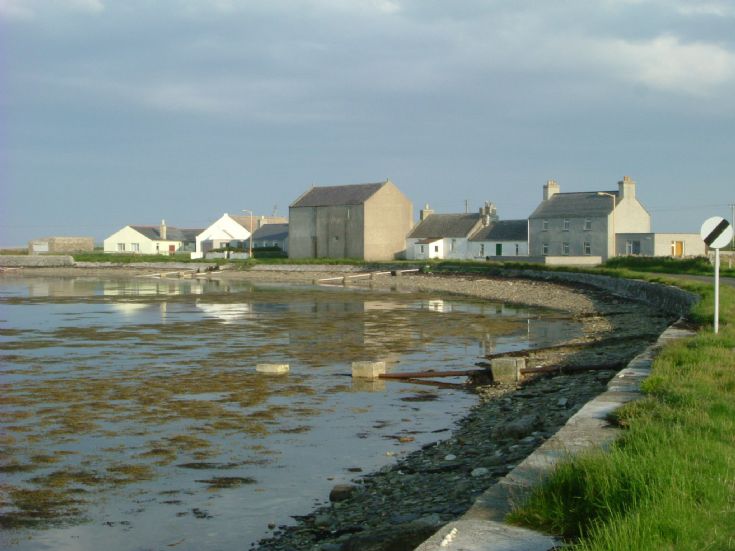 Compare with the earlier picture submitted by Karen Harlow.

This picture taken from roughly the same spot albeit 138 years later!
The Kildinguie Hall in the centre. Apparently named after the well of the same name on Stronsay. The water of which was reported to have healing properties.