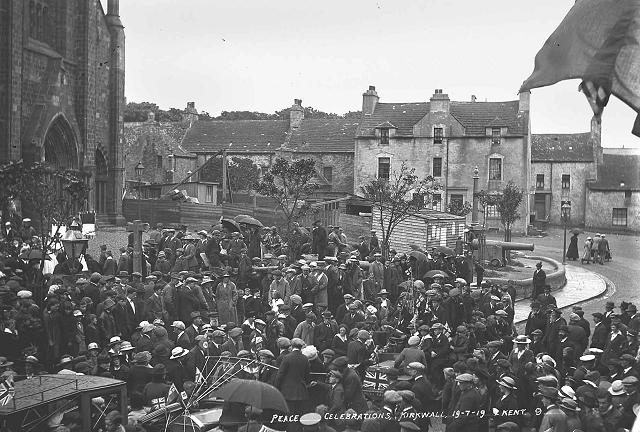 A Tom Kent picture, taken on 19th July 1919, showing the peace celebrations after the end of the First World War.

But didn't it end in 1918? Well, fighting ceased in November 1918, then there was the shaky armistice with the German Fleet interned in the Flow, fears of a resumption of war resulting in the scuttling of the German High Seas Fleet on 21st June 1919, and a week later the ultimate capitulation of Germany with the signing of the Treaty of Versailles on June 28th 1919. So this must be what is being celebrated.

Thanks to the Wikipedia for reminding me...
Picture added on 26 August 2005
Related Sites: Kirkwall East Church
<< back