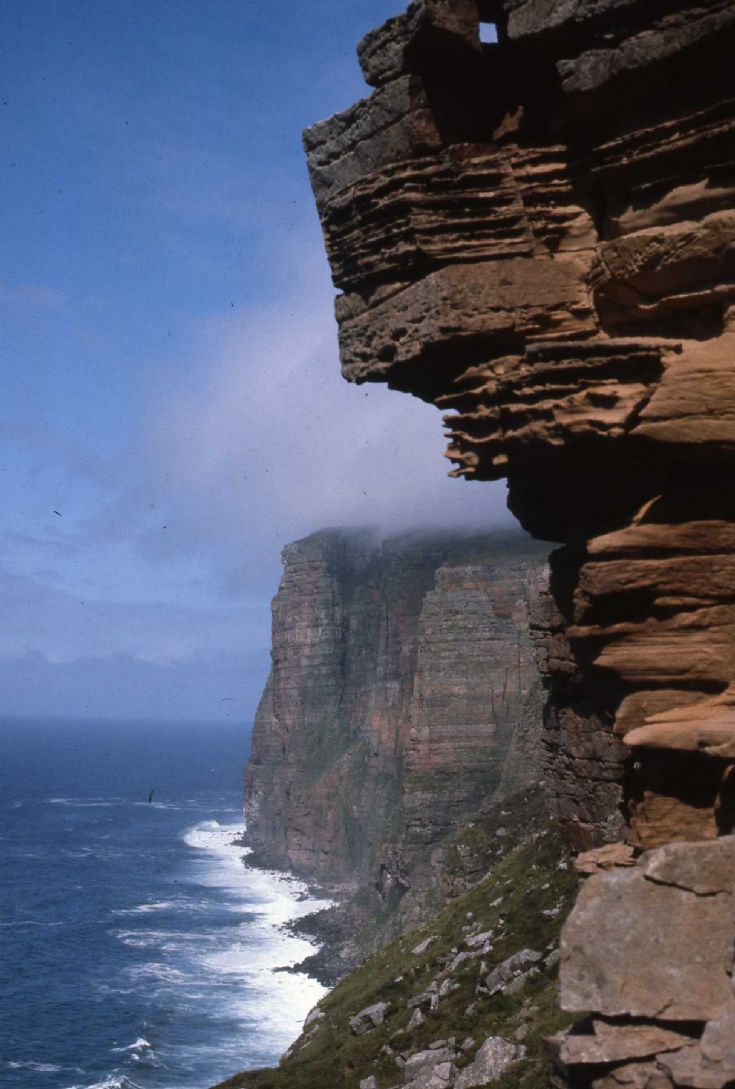 You can see the fog rolling over the top of St John's Head. We planned to walk around the fog as it came down but eventually had to take the more direct route towards Moaness, using a compass bearing we saw nothing until we came down Bu Hill and out of the fog appeared Graemsay and the blockship with the pier slightly to our right. Just goes to show that even walking on a summers day in Orkney a map and compass is a handy thing to have in your rucksack.