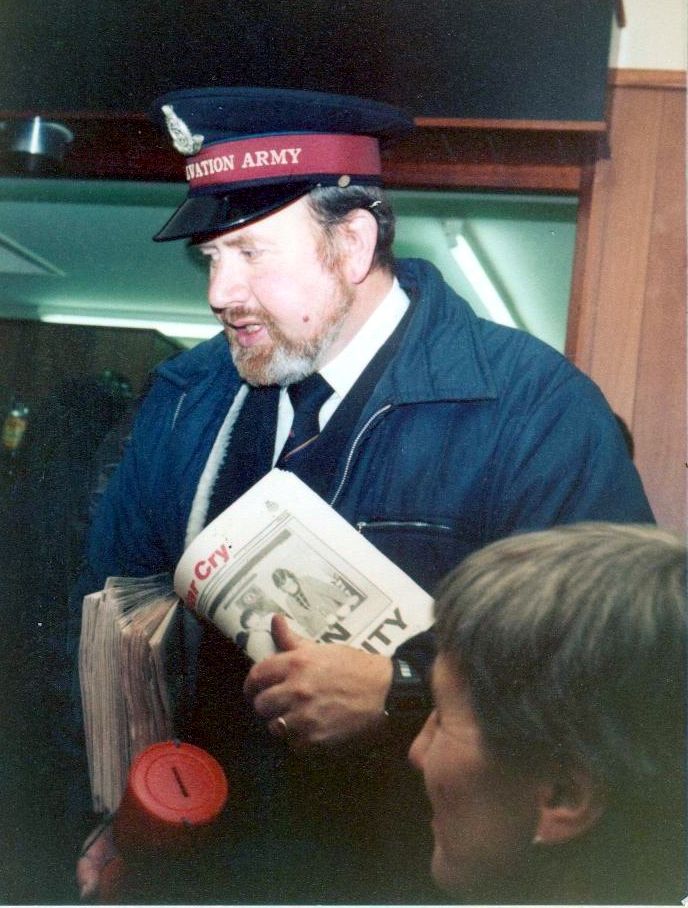 Not Billy Stanger MBE but his cousin James Stanger.

He was another Salvation Army stalwart. James (Jeemie) Stanger began his working life as a shipping clerk for the North of Scotland Shipping Coy, Kirkwall, where his father, Andrew Stanger, was the manager. Jeemmie became manager of P & O Ferries, Stromness.

View Large Version
Picture added on 01 January 2008
Related Sites: Kirkwall East Church
Comments:
Billy Stanger M.B.E. and Jeemie Stanger are brothers not cousins.Coli
Added by Colin Wylie on 05 January 2008
This is actually Billy Stanger's brother, Jim Stanger
Added by Isobel Smith (Stanger) on 05 January 2008
Jimmy Stanger is the brother of Billy (added by Andrew Stanger - son of Billy)
Added by Andrew Stanger on 06 January 2008
Apologies, I wasn't sure so I checked it out with the man of a million and one facts who shall be nameless, , , , , , Sandy W a bum steer
Added by Alan on 06 January 2008
These people are the salt o the earth doing so much good work god bless them all.
Added by John Budge on 08 March 2013
Hi Andrew, long time no speak! Great memories from this photo, especially getting ribbed on Saturday nights selling the War Cry and the junior publication! Wasn't easy for someone in their teens to do but certainly was an experience. Do they still do this around the Kirkwall pubs?
Added by Neil Hourston on 15 April 2014
<< back