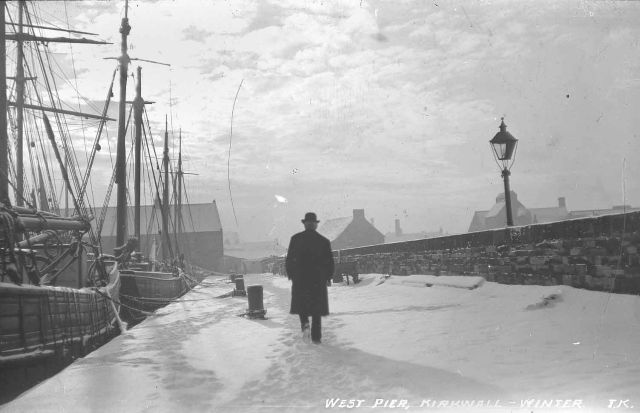 An evocative Tom Kent picture showing how busy the pier was in days of yore. Having said that, the pier these days is much busier than it was in the seventies, when you can see pictures of an empty basin.

The bollards shown- are they the ones that turned out to be ships cannons when they were replaced at the time the West Pier was renovated and had the lighthouse added to the end of it? If so, I wonder what happened to these cannons, and what their stories were.