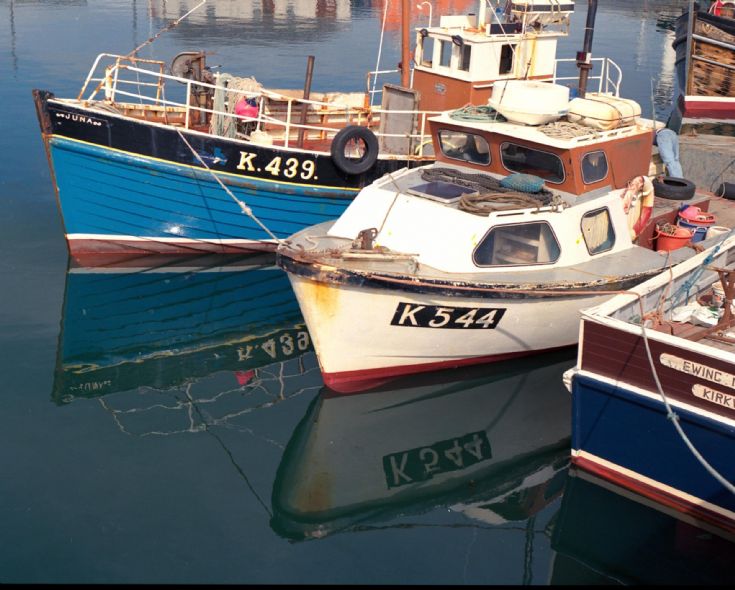 I recently bought an HP Scanjet G4050 which incorporates a Transparent Materials Adapter (TMA) allowing scans of slides and negatives up to 5"x4". This picture of fishing boats has not been previously printed, not considered good enough for competition. The 645 neg on Fuji NSP180 was scanned at 30 dpi giving a TIFF image 2491x1998x16.7 mil, compressed here to JPEG. Straight off the scanner, no PhotoShop twigging. Camera was a Bronica ETRSi, 75mm Zenzanon. I am now in the happy position of being able to have another look at the thousands of negatives and slides accumulated in over sixty years of photography, no more darkroom, toiling over enlarger, smelly bleach/fix, ugh!!

View Large Version
Picture added on 25 October 2007
Related Sites: Kirkwall East Church
Comments:
This is the Juna and Sasha Mary belonging to John & Archie Reid. The Juna is now in Shetland and the Sasha Mary was decommissioned.Both brothers are now retired from fishing.

Pleased to see your photo.