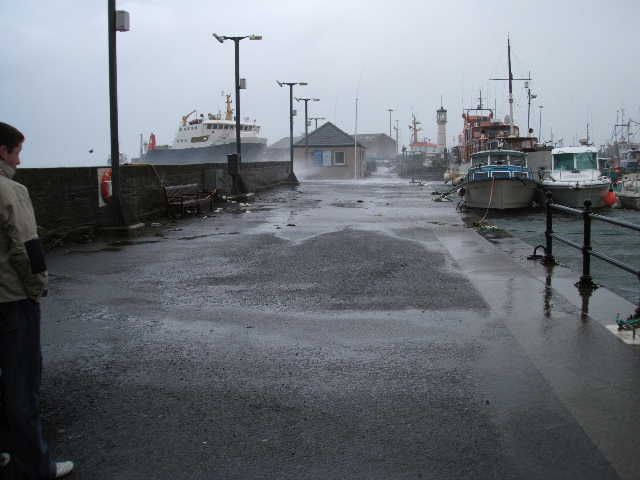 The West Pier after the storm

[The West Pier, before high tide. Unless I am mistaken, that is my old friend Nigel Reid on the left, looking on.

This picture shows the sea and tide conditions at the pier on Wednesday 12th January, after the hurricane force winds of the previous night. A little later the Ayre Road partially flooded, but far worse was the flooding in Stromness, the Hope and Holm Village. If the wind had been to the north it would have been bad news for big chunks of Kirkwall - Steven]
Picture added on 14 January 2005
Related Sites: Kirkwall East Church
Comments:
It is indeed Nigel Reid.
Added by John Scott on 31 December 2009
<< back