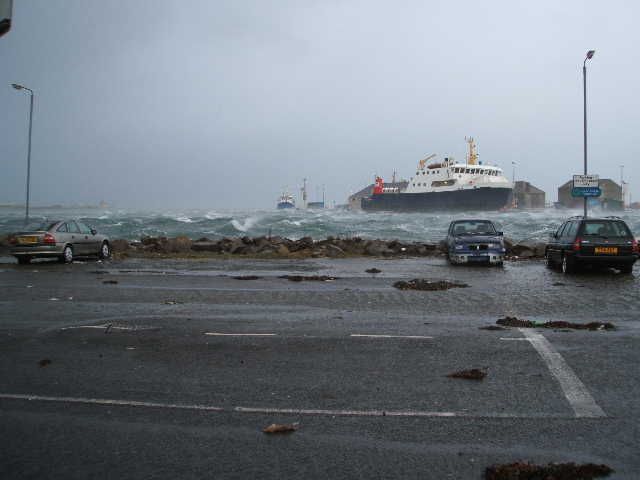 Kirkwall Pier after the storm

It was getting a bit choppy in the car park...

This picture shows the sea and tide conditions at the pier on Wednesday 12th January, after the hurricane force winds of the previous night. A little later the Ayre Road partially flooded, but far worse was the flooding in Stromness, the Hope and Holm Village. If the wind had been to the north it would have been bad news for big chunks of Kirkwall.