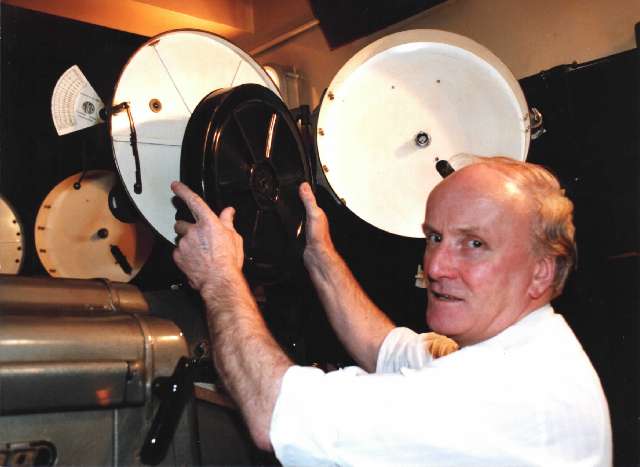 The Last Picture Show at the Phoenix

Kenny writes:
'A sad night for Billy Scollie as he prepares to 'lace up' the first reel of the film The Land Girls which was the last film ever shown at The Phoenix Cinema. The BTH projectors which Billy had so carefully maintained since 1975 and before him Alex Leisk, would never show films again. In their 47 years of operation they only ever had one major breakdown - it was in 1996 and we were running the film Muppet Treasure Island at a Sunday afternoon matinee. The show had to be cancelled. However Billy worked late into the evening for a few days until he effected repairs. This was possible, as in the Shearers time at the cinema they bought a third BTH projector - to be used as spares - and this certainly paid off. This photograph by Orkney Photographic was taken on 28th November 1998.'