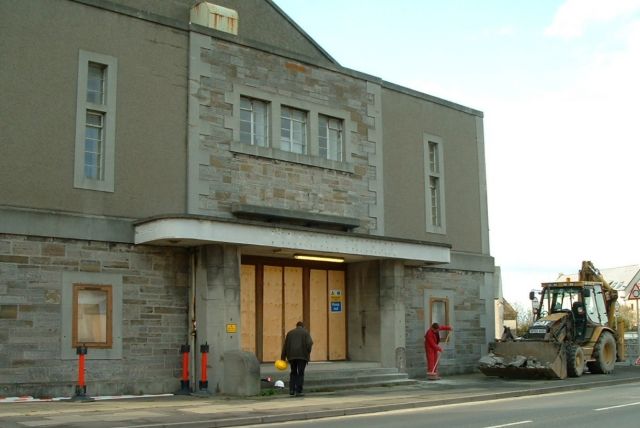 On a fine clear day (18th October 2004) the demolition of the Phoenix began by Councillor Keith Johnson symbolically knocking over the pillar to the left of the steps with a JCB. The demolition job is appropriately being carried out by Orkney Builders, the firm who built it in the first place in 1954/55, my dad being one of the masons who worked on it.

The light above the door is quite poignant.

When I had a look around the interior a few years back (see earlier picture) I asked what had happened to the big letters spelling Phoenix (or latterly just hoenix- somebody must have needed a P) and was told that they were being kept and stored. Was there ever a model phoenix that was on the front of the building?