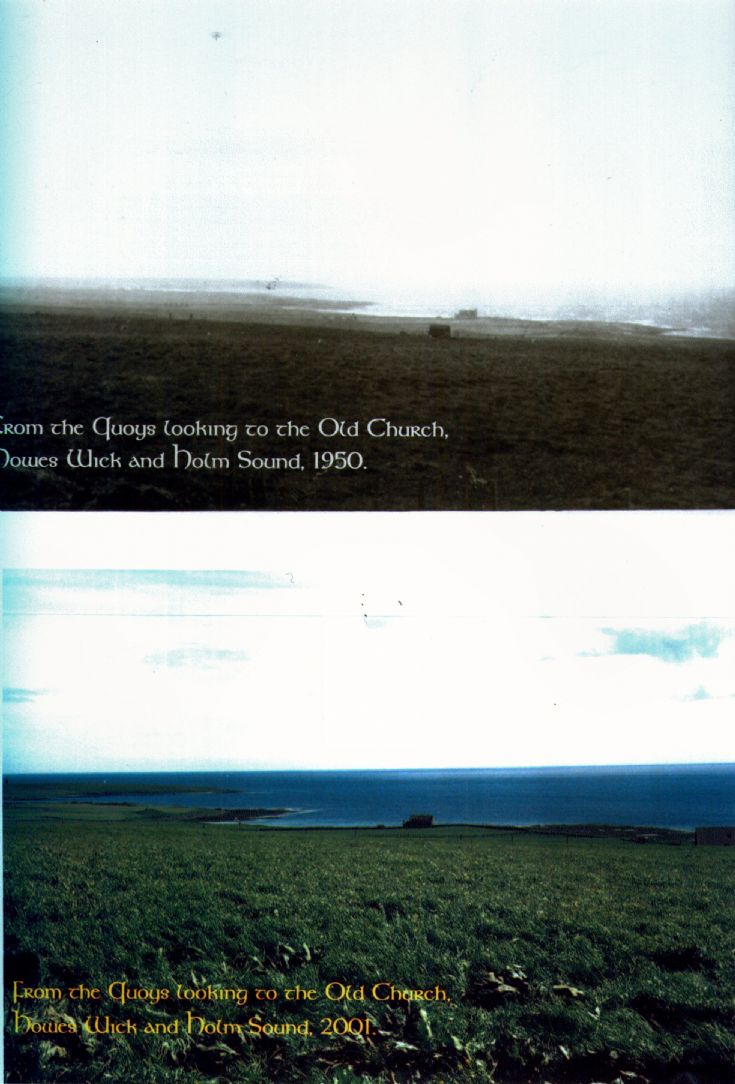 Before and after shots of the church. Father took the top one in June 1950, I took the lower one exactly 51 years later to the Month. The only difference is the hen hut has been removed by a nasty gale, I have been told it also removed the inhabitant and all his posessions and his underwear which was scattered all over the fences.
This is in reply to Steven Heddle's picture #1356 with the same subject. Picture taken from the Sinclair Family farm, the Quoys.