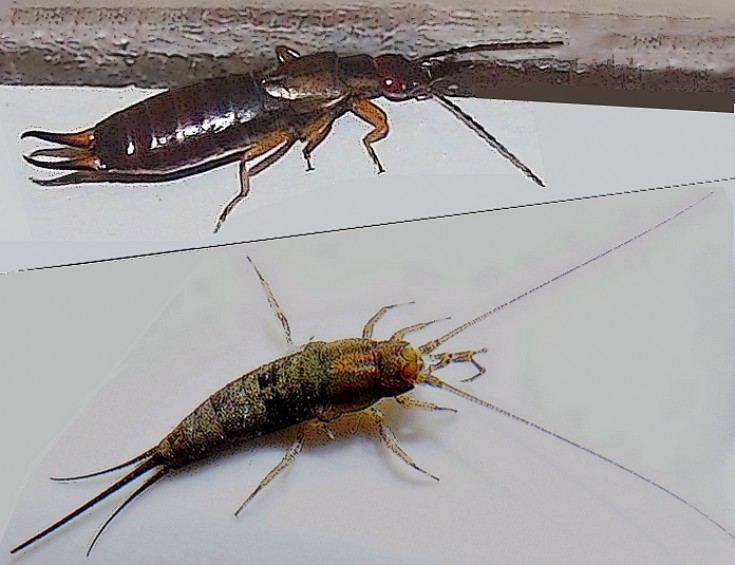 Since posting image #27357 I've been hoping for an opportunity to photograph an earwig without too much effort on my part. There was some doubt about my use of the term forkytail for the insect I had shown, and I thought a comparison might be of interest.
It's taken a while, and even so my pic is a poor one; my subject hid in a crack almost as soon as I saw her (the relatively straight 'forceps' at the tail show she's female; the male's are much more curved).
So here are, top: common earwig; bottom: jumping bristletail, very roughly on the same scale.

Both are, or certainly were, known as forkytails in Orkney, and probably had other local names as well.
Picture added on 19 January 2016 at 23:47
<< back