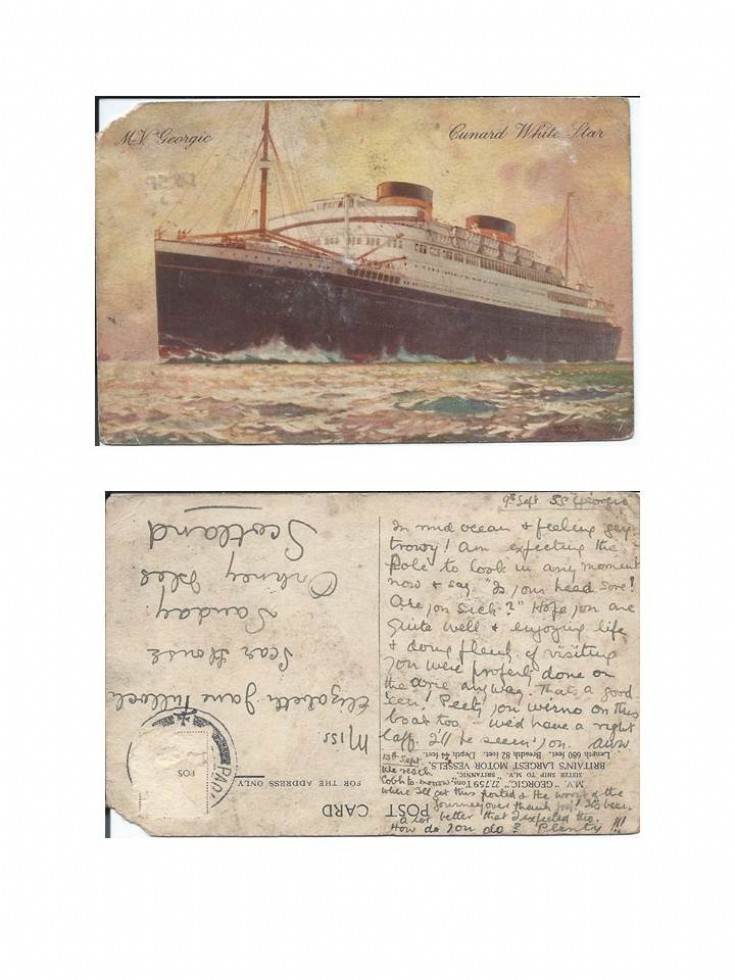 From Wikipedia, the free encyclopedia:

Built at Harland and Wolff shipyard in Belfast, the MV Georgic was the last ship built for the White Star Line before its merger with the Cunard Line. She was the running mate of Britannic. Like Britannic, Georgic was a motorship, and not a steamer, fitted with a diesel powerplant. At the time of her launch in 1931, she was the largest British motorship.

After a successful career as a Liner in the 1930s, Georgic was pressed into service as a troopship in 1940. She was severely damaged and sunk in 1941 by a German bombing raid whilst docked at Port Tewfik in Egypt. After being refloated and extensively rebuilt, she returned to service as a troopship in 1944, and continued in service for both for military and civilian uses until 1956, when she was withdrawn from service and scrapped.
Picture added on 18 December 2019 at 20:42
<< back