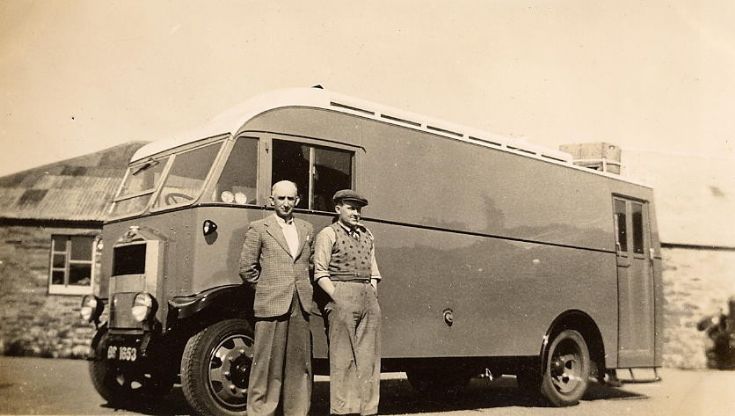 One of R Garden Ltd's shop vans at the Harray Stores, pictured when it was new, I think. It's yet another Albion but considerably more modern than the one in picture #1162, though only a year newer than the one in picture #2726. I wonder if it was sign-written later, and if that is a tank and tap for dispensing paraffin half way along the side. And why is the radiator masked on what looks like a warm day? At this time there were two shop vans doing their rounds from the Harray Stores every week day. One of them, maybe this one, was robbed by someone leaping onboard when it slowed down to take a corner, rifling the takings and leaping off again, without the driver up front being any the wiser. Standing on the left is my grandfather, James Flett, manager of Harray Stores from 1931, I think, till 1952, and on the right is the van's driver, Oliver Laughton.
Picture added on 02 April 2007
Related Sites: Milestone Community Church
<< back