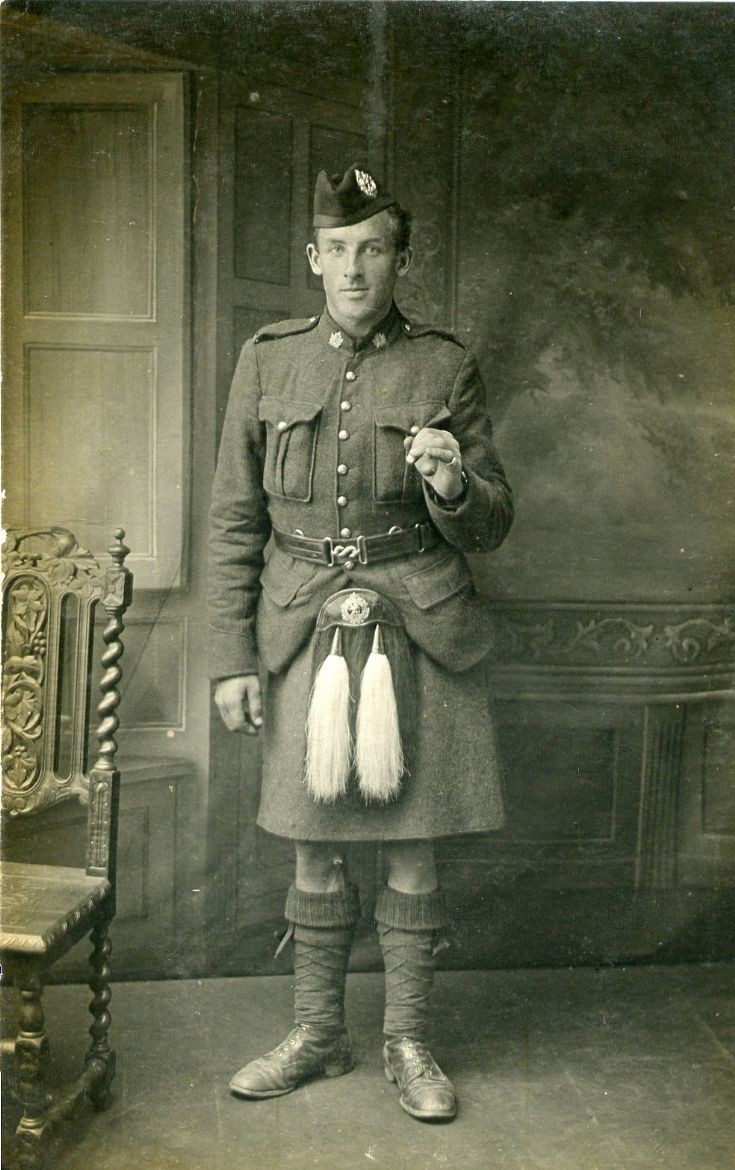 Private James William Harvey of the 79th Cameron Highlanders of Canada who was killed in France on 21st September 1916. He originally came from Sandwick but had emigrated to Canada a few years before the start of the First World War. He was aged 26 years at the time of his death. The photograph was taken in 1916.

View Large Version
Picture added on 07 November 2011 at 19:32
Related Sites: Milestone Community Church
Comments:
Extract from OFHS Memorial Inscriptions which I came cross when researching James Harvey for my family tree:
St Peters Kirkyard, Sandwick 1G 60 Erected by this parish to the glory of God and the memory of the men who fell in the Great War 1914-1918. Their name liveth for evermore. Pte JAMES W HARVEY, Yeldaday, Camerons aged 25, France.
Added by Norman Mowatt on 02 December 2011
James William Harvey is my 1st cousin three times removed. My papa was William Gordan Harvey who was married to kitty Harvey. I think people use to call him the yank as he was from america. I am currently doing the family tree and would interested in an information anyone could give
Added by Catherine Claire McGee on 14 November 2016
<< back