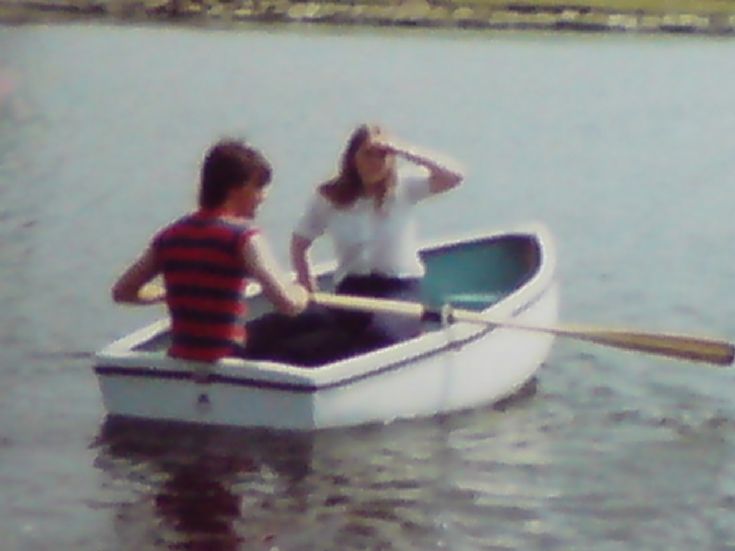 Peedie Sea when it was a boating pond

Not a great copy of a very fuzzy picture,this when when my Grandad hired out rowing boats in the Peedie Sea. The first pier he built was opposite the power station, and he later moved it and built one near to where Shearers garage is. John Scollay on the oars sitting back to front and Donna Taylor on the lookout for land ahoy! Must have been romantic because they got married around the same time!

View Large Version
Picture added on 11 March 2007
Related Sites: Kirkwall East Church
Comments:
What is John Scollay doing these days? I used to be in the same class as him at school...
Added by Mike Dunster on 18 June 2007
He is a HM Revenue and Customs man in Wick. As I know to our cost. (not his fault. He was very nice about it. just doing his job)
Added by W Watters on 29 July 2013
<< back