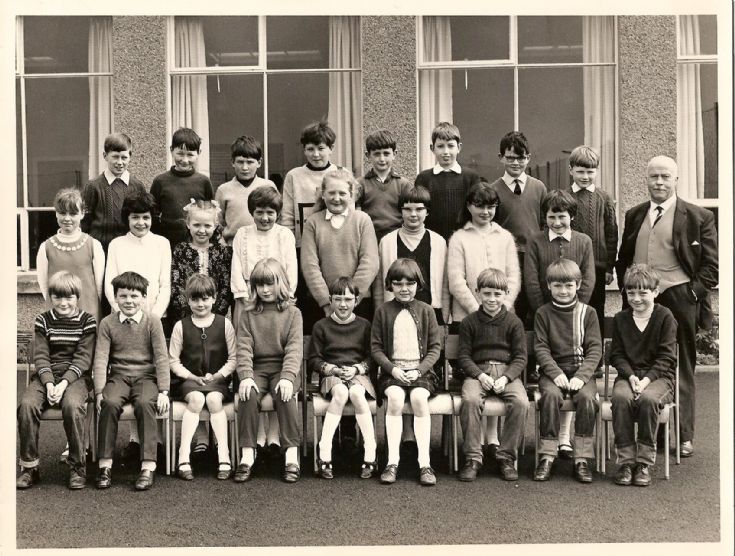 This was my first year (P5)at the Holm School after we moved out from Kirkwall. It was so confusing going from a class of 30 to a room where the teacher had to teach four different years at the same time! Our nickname for Mr Robertson was Rubber Belly. I remember he told lots of stories about his time in India during the war. The only people I knew when I first arrived were Charles Sutherland (my first cousin) and Lorraine and Heather Flett who were the daughters of my Mum's (Mary Harcus nee Garriock) & Dad's (Jack Harcus)friends Marion & Alfie Flett. As it turns out from my Dad's geneology research I am related to most of the people in the photo, though I didn't know it at the time!

View Large Version
Picture added on 07 March 2007
Related Sites: Kirkwall East Church
Comments:
Great to see a lot of those faces from so long ago - had we not immigrated to Canada (April 1965) - I would have been in the photo with my old classmates.
Added by Susan Stobbart (Kirkness) on 09 March 2007
Cool My Uncle Eddie!
Added by André Pampel on 31 August 2017
<< back