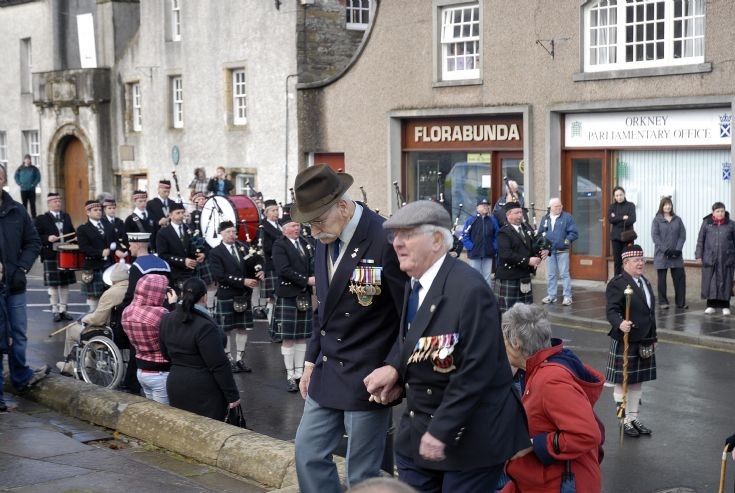 Royal Oak survivors Kenneth Toop, Bert Pocock and Norman Thackeray.
These 2 gentlemen in the foreground marched from the Royal British Legion to Broad Street, the third survivor can be seen in a wheelchair being pushed by a Naval rating.