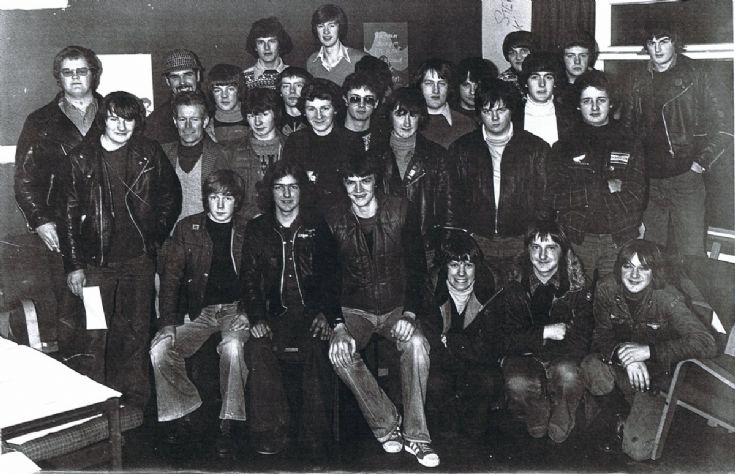 An early meeting of the Orkney Motorcycle Club held in the Cavern in (I think) 1979. The club was the idea of (amongst others) policeman Keith Hart. It went well for a while but frizzled out after Keith left Orkney - he was back here a couple of years ago and we attempted a small reunion but hardly anyone turned up (maybe next time).

View Large Version
Picture added on 18 December 2006
Related Sites: Kirkwall East Church
Comments:
Can anybody PLEASE tell me is there such a thing as the Orkney Motorcycle Club anymore?? cheers Heather
Added by Heather Dockery on 03 November 2011
<< back