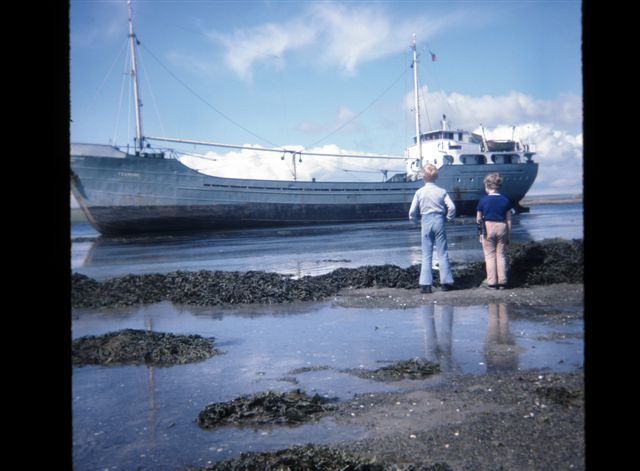 Due to a night of heavy fog, the skipper of the Tramone,lost his bearings and sailed in to Deer Sound, en route to Kirkwall, with a load of cement. He did well to round the point at Mirkady, but finally grounded on the Ness of Braebuster. The Tramone was refloated six days later. The two lads in the foreground are Norman and Adrian Skea, from Barns of Ayre, Deerness.