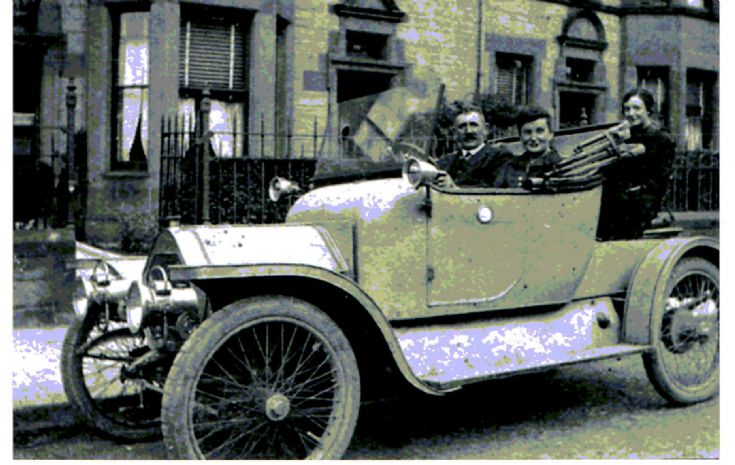 Willie was a Sanday man, I think he came from Odinsgarth, maybe someone from Sanday will tell me I'm wrong. He, along with two of his brothers, got the contract to move the march dyke of Housebay in the last years of the eighteen hundreds when the crofters were given more land. The dyke is nearly six feet high all the way and they were paid six pence a fathom for their work . Willie married Janet Fotheringhame from Hescombe. While in Stronsay he built Hazelbank and Holin cottage. Also worked on Noup head lighthouse. They later moved to Edinburgh where he continued as a builder. The picture shows Willie, Janet and daughter Beck. The year is a bit of a guess

View Large Version
Picture added on 26 August 2008
Comments:
Hi Jim,
You're almost right - Wm. Brown came from the South End, but his sister was married at Odinsgarth. His father, David, and another brother John were also masons and built a lot of houses in Sanday, often walking for miles morning and night.