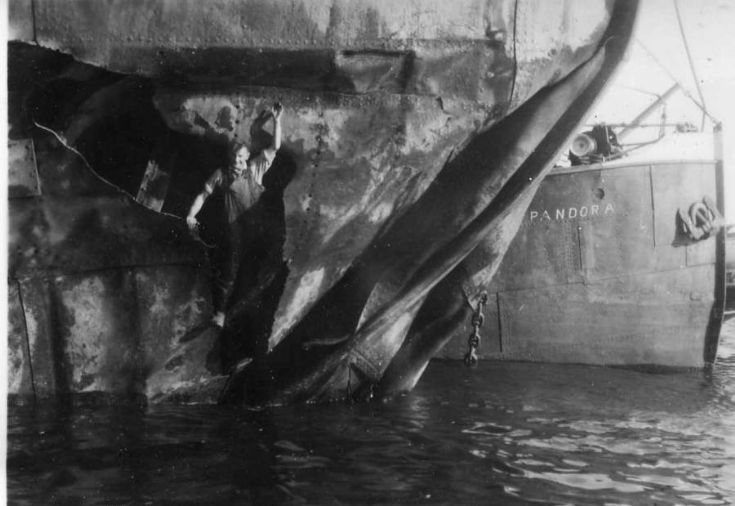 (2) It would seem that the repairs were done by Metal Industries. This was realized by a photograph in The late Sandy Robertson's collection.Also in one photo it looks like the presence of Metal's drifter Whirlpool. After the temporary repairs she proceeded south to dry dock for a survey to be carried out.It is thought that the ship was proceeding east when she hit the rocks. At the time people on Swona heard the noise and went to see what had taken place. It is understood that rivits were found in the crevices and paint splattered everywhere. The ship was originally built for Norwegian owners as the JUNE in 1929. The builders being - Doxfords of Pallion. 2 of 3