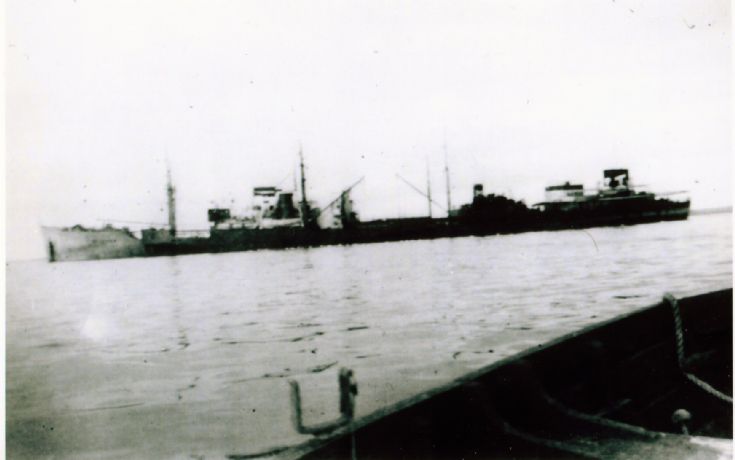 OLJAREN with the salvage team in attendance. She was refloated by Metal Industries. Pumped full of compresed air she was refloated on the 30th April with the assisantce of the tug SALVEDA. I think that the tug metinda - 3, and olso the drifter Whirlpool were there. I remember the late Sandy Robertson telling me that one evening while they were working on her they saw a wall of water coming towards them like the side o a hoose and minutes later they were engulfed in sea from head to stern and just about scuppered the whole operation.