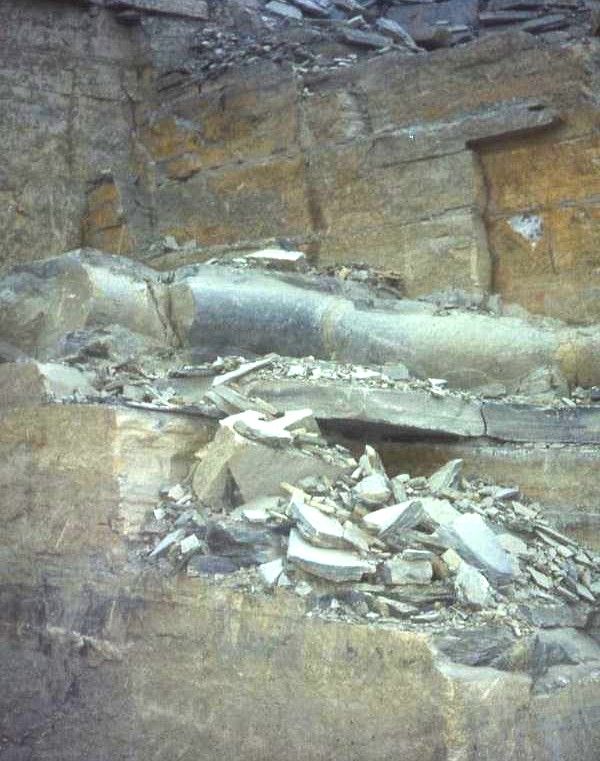 Heddle quarry. The odd one out.

Despite all the rock strata being of rectangular pattern I was very surprised when I uncovered this round object. It was half as long again to the left and increasing in diameter, it was also a different colour to the rest of the rock. What on earth could it have been?
The boss had a German archaeologist who was digging for fossils at Quoy Loo come and investigate. His conclusion was a little disappointing. "Di vass never a life creature mein leiberman, dis vass, ein lump off clay und is becoming rolled unter der rock. Ah Well!